From Blacksburg to Gainesville, Jalen Hudson has found a home in Florida 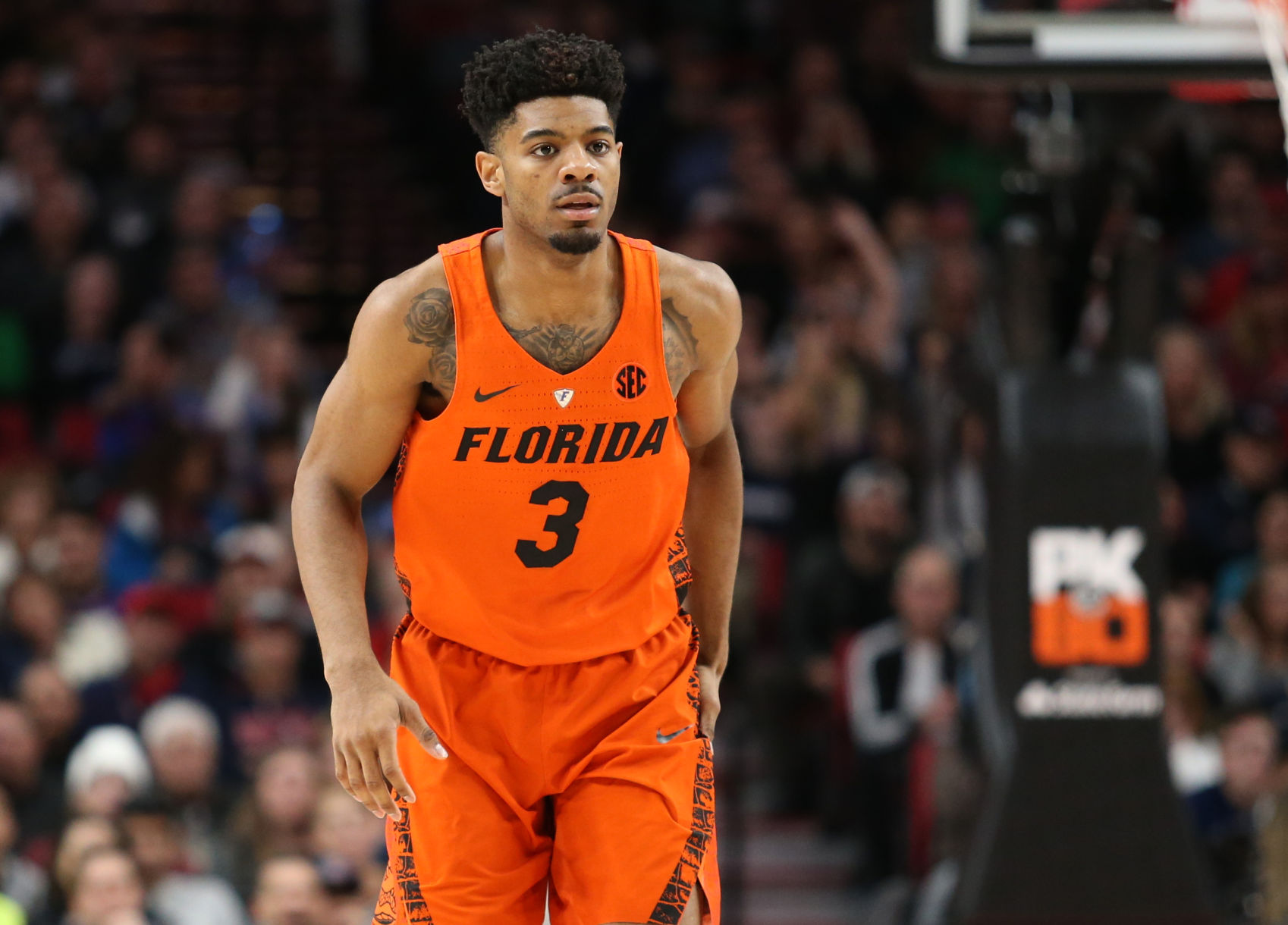 22 Mar From Blacksburg to Gainesville, Jalen Hudson has found a home in Florida

Posted at 06:38h in Uncategorized by Jordan Hutchinson

On Sunday night, I watched Florida guard Jalen Hudson lead his seventh-ranked Gators to a near upset over top-ranked Duke in the championship of the PK80 tournament. I couldn’t help but wonder what could have been in Blacksburg with that guy on the court.

Hudson transferred from the Virginia Tech men’s basketball program after the 2015–16 season, and sat out last season due to transfer rules. The junior, however, has made the most of his time back on the court.

So wait a second … Why did Hudson transfer in the first place?

Well, comfortability, he said. The former Hokie said that his relationship with head coach Buzz Williams wasn’t ideal from the get-go.

“I really just didn’t have a good relationship with Buzz. He didn’t recruit me out of high school, and I signed to a different coach over there, so it was kind of awkward from the jump. It wasn’t really anything basketball related, it was just about being comfortable, playing for the guy, really putting all of your trust into the head coach,” he said.

Hudson said that he and Williams still haven’t spoken since he transferred two years ago.

“I just tried two years. I tried to do two years at Tech. My freshman year wasn’t extremely comfortable; I wasn’t extremely happy. So, I gave it another year. I’m a positive guy, so I thought things would get better. It just didn’t turn out the way I anticipated or the way I wanted to, so from there, I decided that it was time. I did two years; I did my due diligence,” Hudson said.

It wasn’t easy to transfer though, according to Hudson. As he said that it was hard to leave his teammates, guys that he “went to war” with over the span of two seasons.

Okay, so now that we know why he left, let’s take a look at how things are going for Hudson at the University of Florida.

Hudson leads the Gators in scoring, averaging almost 22 points per game, shooting 55 percent from the floor and nearly 50 percent from the three. He’s evolved into one of the best scorers in the SEC, if not the entire NCAA.

So, what the heck happened? He was good at Tech, but just a bit above average. He averaged 7.6 points, shot 44 percent from the floor and just 31 percent from beyond the arc.

“The biggest difference? Just how comfortable I am here. Playing for coach (Mike) White. He’s a stickler, he’s a player’s coach, you know what I mean? He played ball for four years at Ole Miss, so it’s a little bit different coaching style, and it fits me a bit more. Those are the two things that are the main difference,” he said.

Florida head coach Mike White had some nice things to say about Hudson as well.

“He’s a wonderful guy,” White said in a postgame interview after a close win over New Hampshire. “He’s a great teammate. I thought that in his third game at his new school, coming off the bench and getting 26 (points) and seven (rebounds) … that’s not bad.”

Since the game against New Hampshire, Hudson’s averaging 25.5 points per game, including 35 against No. 17 Gonzaga and 24 against No. 1 Duke.

The junior, Hudson, hasn’t just played well, he’s been the best player on the court in every game he’s played in, with the exception of Duke’s Marvin Bagley III, who, most likely, will hear his name called first in the 2018 NBA Draft.

For a guy who is one of the most elite scorers in the country, Hudson sure doesn’t seem to care about the individual praise.

“I just want to win. The points don’t matter to me honestly,” he said.

Instead, the rising star has more of a team-oriented goal for the last two years of his collegiate career.

“When you look back on your college career, you look at how much you win. It’s obviously a team sport, so that’s our main focus. We just want to win, go far, to have something memorable, and maybe even put a banner up. That’s our focus.”

If the Gators, led by Hudson, can keep playing basketball like they did Sunday versus Duke, there’s a good possibility that a banner could be in their future.