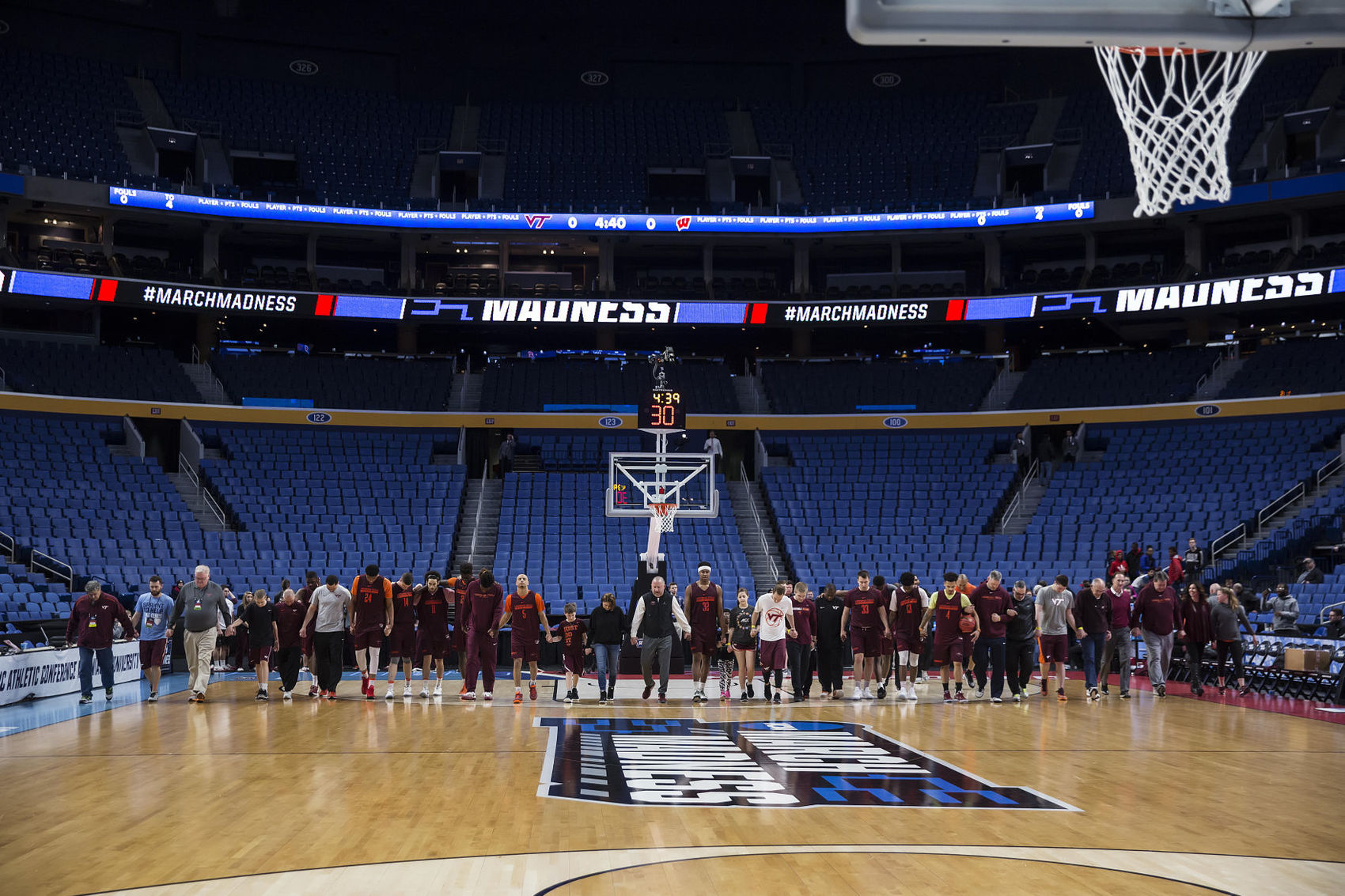 Posted at 06:44h in Uncategorized by Jordan Hutchinson

Williams’ love of pictures stems from when he was young and his grandfather couldn’t read, so they would bond over pictures and photography. That love has evolved into an obsession with photos in every aspect of his life.

In his second year in Blacksburg, Williams hired his own personal photographer, Christina Wolfe. Wolfe is a dairy science professor at Tech who had her own photography business. Williams and Wolfe met through the strength and conditioning coach, David Jackson, and the rest is history, as Christina has been at the hip of Tech basketball throughout the last two years. Wolfe, who is on sabbatical this semester, was tasked with making a book to represent the Tech basketball program on one condition: Williams wants nothing to do with putting the book together.

“Last year, he never said anything,” Wolfe said. “He just sent them to me and I would try to figure out who sent it, try to decipher if it was something important and is it something that we should have in the book? All handwritten letters get scanned and put into the book for sure. Things that are typed, I will pick out sections of and put them in the book. That’s all up to my discretion. I asked him last year when the book was done, do you want to proof it? He said no. So the first time that he saw the book was when he opened it up.”

For Williams, the book isn’t just about the pictures for himself, it has turned into a tool for recruiting, for his players and for his staff.

“The purpose was not just for the book,” Williams said. “That’s the end product, but it’s morphed into way more than I would have thought. I ended up using this in the fall to recruit, not to show the pretty pictures, but to show a single-parent mom, who wonders what their son will do at Tech, how they travel or what they will learn about life as a Hokie. All of the things that you think a single-parent mom would ask, but then it bled into the kids loving it too because the kid foresees themselves in it.”

Only Williams and the book itself could explain how these pictures have such an impact on the program. As mentioned above, the book has played a big part in recruiting and far beyond that. An example of that would be when Williams told a story of him visiting a new recruit, Wabissa Bede.

“Hey, I want to show you this picture book,” Williams said to Bede’s mother. “She doesn’t know me and I don’t know her, and I said that this is what Bede will be doing this time next year. By the time we get to the end, she says, ‘I feel like I’m part of the family.’”

Williams also mentioned that every player to go through his program gets a book when they graduate.

“You’re going to graduate and you’re going to have a book,” Williams said to Bede. “Your book is going to contain four years worth of pictures, this book is only one year. (Bede) then said, ‘Yeah, I didn’t think about that.’”

As you flip through the book, which was bound by leather and in mint condition, you can notice the quality and detail put into it. For example, each page’s background was the tie that Williams wore at that game or event.

“There’s no book like this in the world,” Williams said as he flipped through the chronologically arranged pages.

The book wasn’t the only way that pictures made an impact on the Tech basketball program, as the Hahn-Hurst practice facility has turned into a canvas for Williams’ love for photography.

“The walls were white, so wherever you walk up, if you were to walk this way, there was nothing on the wall. All of the walls looked like that white wall over there,” Williams said.

The motto for the team is #getBETTER, and Williams uses photography to embrace that mentality too.

“How can we capture what you think #getBETTER looks like versus me always telling you what #getBETTER looks like? That’s how it all began as far as the intent in my heart and my thought process. I wonder how I can take what I learned from year one and translate that to our staff, where our staff will #getBETTER and have ownership in it,” Williams said.

Another tradition stemming from Williams’ programs is the “road game picture.” The “road game picture” is a picture that Wolfe will take on any away court that the Hokies play on. A neat aspect of these pictures is that every person in the building is told to be in the shot, no matter who it is.

In the years to come, Williams and the Virginia Tech men’s basketball program will tell many stories, and Wolfe will be there to capture every second of it.